Biological samples collected from patients can potentially be used to advance medical research. European countries are progressively establishing procedures to systemically ask patients for their general consent to store routine clinical draws and biological leftovers in hospital-based biobanks for medical research. When such general consent is given, future research uses are not known, are not limited to a thematic area, and are not limited in time.

The digital workshop “Hospital-based biobanks for biomedical research”, organized by BBMRI-ERIC and Biobank Norway, took place on January 26th and 28th, 2021. This event was organized as an internal workshop in which ELSI experts and clinicians could find a place to share their experiences and expertise. The workshop format, with breakout rooms and several short Q&A sessions, enabled interaction between participants and speakers.

At the workshop, experts from several European countries presented their experiences in implementing and managing general hospital-based biobanks. Organizational, ethical, and regulatory challenges and opportunities were explored and discussed.

On the first day, the workshop had speakers from Finland, Switzerland, and Czech Republic. Lila Kallio (Auria Biobank) presented Auria Biobank’s experiences in hospital-based biobanking in Finland, while Sirpa Soini (THL Biobank) focused on a legal and ethical analysis of general biobank consent under Finnish laws.

Regarding Switzerland, Carlo Lagardièr (Swiss Biobanking Platform) updated us on the status of the implementation of a harmonized general consent in Switzerland from a hospital-based biobank perspective. Radek Halouzka (Masaryk Memorial Cancer Institute) gave a talk which considered consent as a legal reason for collecting and sharing biosamples, based on the research conducted within BBMRI.cz under governance of MMCI.

The second day focused on the experiences in Germany, Italy, and Norway. Roland Jahns (ibdw) talked about ethical considerations, patient views, and regulatory framework supporting general consent, and Gesine Richter (Christian-Albrechts-Universität zu Kiel) centered her talk on the patients’ attitudes concerning secondary use of personal medical data for research, based on population surveys in Germany. Marialuisa Lavitrano (BBMRI.it), Matteo Macilotti (BBMRI.it), and Maria Grazia Daidone (Fondazione IRCCS – Istituto Nazionale dei Tumori) gave an overview of ethical and legal aspects of the hospital-based biobanks in Italy. Finally, Jostein Halgunset (Biobank 1) presented the case of Norway, in which broad consent is established but, in his opinion, there is still a long way to go and to reflect regarding this topic. 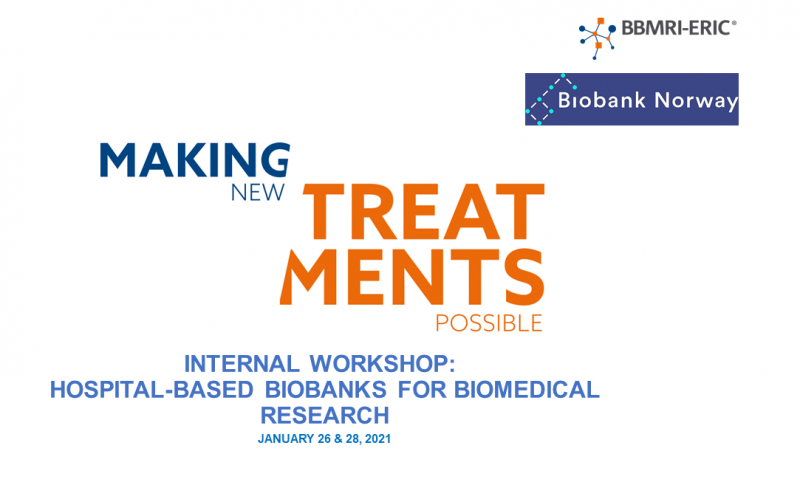