CY-Biobank in the battle against COVID-19

The team of the new Research and Innovation Center of Excellence (CoE thereafter) of the University of Cyprus in Biobanking and Biomedical Research analysed to the members of the Press, the benefits and prospects of CY-Biobank, a highly significant project, which constitutes a national treasure for the researchers of the current and next generation. The analysis took place during a dedicated Press Conference on Friday, March 6, at the conference room of the Senate of the University of Cyprus, in Nicosia, on the occasion of announcing to the public the launch of the CoE’s operations.

According to Professor Constantinos Deltas, the Director of the CoE, the CY-Biobank project concerns the Cyprus population as a whole, but also each Cypriot on an individual level. The project involves developing a unique research infrastructure, which, through the archiving of biological samples and personal medical records, it will pave the way for innovative research, with the ultimate goal of improving the health and thus the quality of life of the people. This will be achieved by upgrading the diagnostic procedures and thus allowing the prognosis and prevention of various diseases. It will also promote further research, which is expected to lead to the discovery of new medication. It is a project of a high scientific value and of an anthropocentric character, that needs to be embraced both by the wider public as well as all the national health scheme stakeholders.

The CY-Biobank project is co-funded by the European Commission (15 million Euro), the Republic of Cyprus (15 million Euro) and the University of Cyprus (8 million Euro), within a timeframe of 15 years, which gives the Biobank’s efforts longevity, hence allowing it to meet its high standards. The Biobank of the University of Cyprus, has already been in operation since 2011, and has already archived thousands of DNA samples and other biological samples in its vault. There is an intense effort to improve the quality of the vault as well as intensifying the repository process with the participation of new volunteers in its research programmes.

The capabilities as well as actions of the new CoE were scheduled to be presented in a dedicated event, which would take place under the auspices of the President of the Republic, Mr Nicos Anastasiades, at the Presidential Palace, in capital city Nicosia, on March 23, 2020. However, due to the unfortunate events that are rapidly developing on a global scale, as well as locally, in relation to the pandemic of COVID-19, the Cyprus government, in full alignment with its EU partners, has declared a state of emergency and a partial lockdown of public movement. Hence, the event has been postponed for a later date.

Prof. Deltas has been invited by several mass media, radio and TV stations, to offer his expertise in disseminating information regarding the new corona virus and the COVID-19 pandemic, in lay language. Importantly, despite of this unfortunate turnout of events, the CY-Biobank team has been stepping up its efforts and internal deliberations over the last couple of weeks, in order to join the island’s battle against the spread of corona virus. In the context of the various public and private initiatives and actions that are taking place in fencing-off the pandemic of COVID-19, it has contacted the Cyprus Health Ministry and the Cyprus Deputy Ministry of Research and Innovation in order to start collecting biological samples of patients who have been infected by the virus. According to the remarks which Professor Deltas made on March 24 to local private TV channel, ANT1, “the aim is to gather the necessary data which will allow researchers to discover new characteristics that are related to the behaviour of this specific virus and the response of patients. Such study could prove very important”, he concluded. To this end, Prof. Deltas took the initiative and prepared urgently a research proposal, while he invited a large group of experts to collaborate on answering critical questions concerning this pandemic. 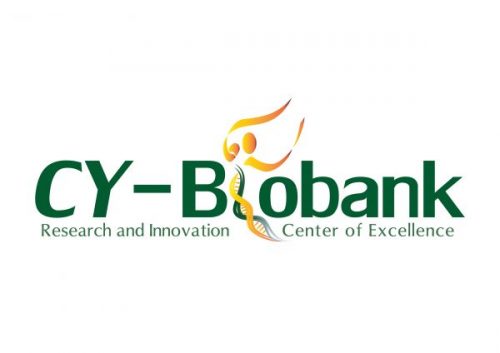