….and we are back! The weeks leading up to the summer break in August and the beginning of the new season in September found the CY-Biobank team indulging into new, exciting endeavours and we couldn’t wait to share these with you here, in the BBMRI-ERIC monthly entry of October.

Starting with the most recent activity, on September 21 and 22 a delegation of nurses, lab technicians and the communications manager of CY-Biobank visited one of the key villages of inland Cyprus, Kakopetria, which is situated in the Troodos mountain range. Thanks to a very warm collaboration and coordination with the local Community Board, the people of Kakopetria joined the island-wide volunteer donors campaign.

As part of the Center of Excellence’s efforts to document the Cypriot DNA, we couldn’t leave out the rural areas! We would like to take this opportunity and thank the Community Board of Kakopetria for briefing and mobilizing its constituents to participate in our voluntary DNA sampling and especially the Board’s President, Ioannis Iacovides in this entry! The excursion was an initiative of our Center of Excellence, in the context of its island-wide voluntary campaign for collecting Cypriot DNA samples. The excursion proved a very valuable experience for both the local community and the CY-Biobank staff, which is now more determined to carried out such excursions in the near future, since the response of the people of Kakopetria and close-by villages was overwhelming!

The beginning of the month saw the Center of Excellence announcing the opening of five new job vacancies under a Special Scientist contract. CY-Biobank is aiming to employ a highly skilled and experienced Biobank Manager, two Molecular Biologists/Geneticists, a BIMS and EDC operation officer and an equally competent IT security and compliance officer to join our vibrant, creative and ambitious team of scientific and managerial staff. For more information about the hiring criteria per each position, please click on the link. As you read these lines, the only available positions for applying will be those regarding the Biobank Manager and the two Molecular Biologists/Geneticists, which expire on October 2nd.

In mid-September, CY-Biobank also launched its new, state-of-the-art website, thus upgrading its online presence. The aim is to provide volunteer donors with an easier and steadfast access to the Biobank, via a direct page for arranging appointments with our Center’s nursing staff. At the same time our goal through this new website is to provide the public, researchers, health professionals and all stakeholders with better and more informative updates about CY-Biobank. For this reason, the webpage features a wealth of audiovisual material regarding our role and activities. The webpage was officially launched on September 18 and you can visit it, using any electronic devise with access to the internet by clicking here: https://biobank.cy/. We wish you a pleasant surfing!

Meanwhile, on July 20, a delegation comprised by the director and the communication manager of the Center of Excellence met with H.E. Ambassador of Austria in Cyprus, Dr. Ziegler for a stakeholders briefing session, in the context of our CY-Biobank project. We are grateful to Her Excellency for the support in our efforts, we are looking forward for more collaboration with the Embassy!

Lastly, in the beginning of June, the Medical School of the University of Cyprus, in cooperation with the Molecular Medicine Research Center (MMRC) of the Center of Excellence, CY-Biobank and the Nicosia General Hospital has launched a nationwide research programme zooming on the Systemic Lupus Erythematosus.

The three partners issued a Press Release, announcing that the patients who will be participating in the research will be examined by a rheumatologist on a yearly basis and will be responding to dedicated questionnaires, thus giving feedback on how their symptoms have a negative impact on their quality of life, their physical capacity and their emotions. In the context of the project, the patients will be donating their blood and urine samples to the Biobank of MMRC, in order to be used for genetic tests in future research programmes.

Catch up with us again in November’s edition of the BBMRI-ERIC newsletter. 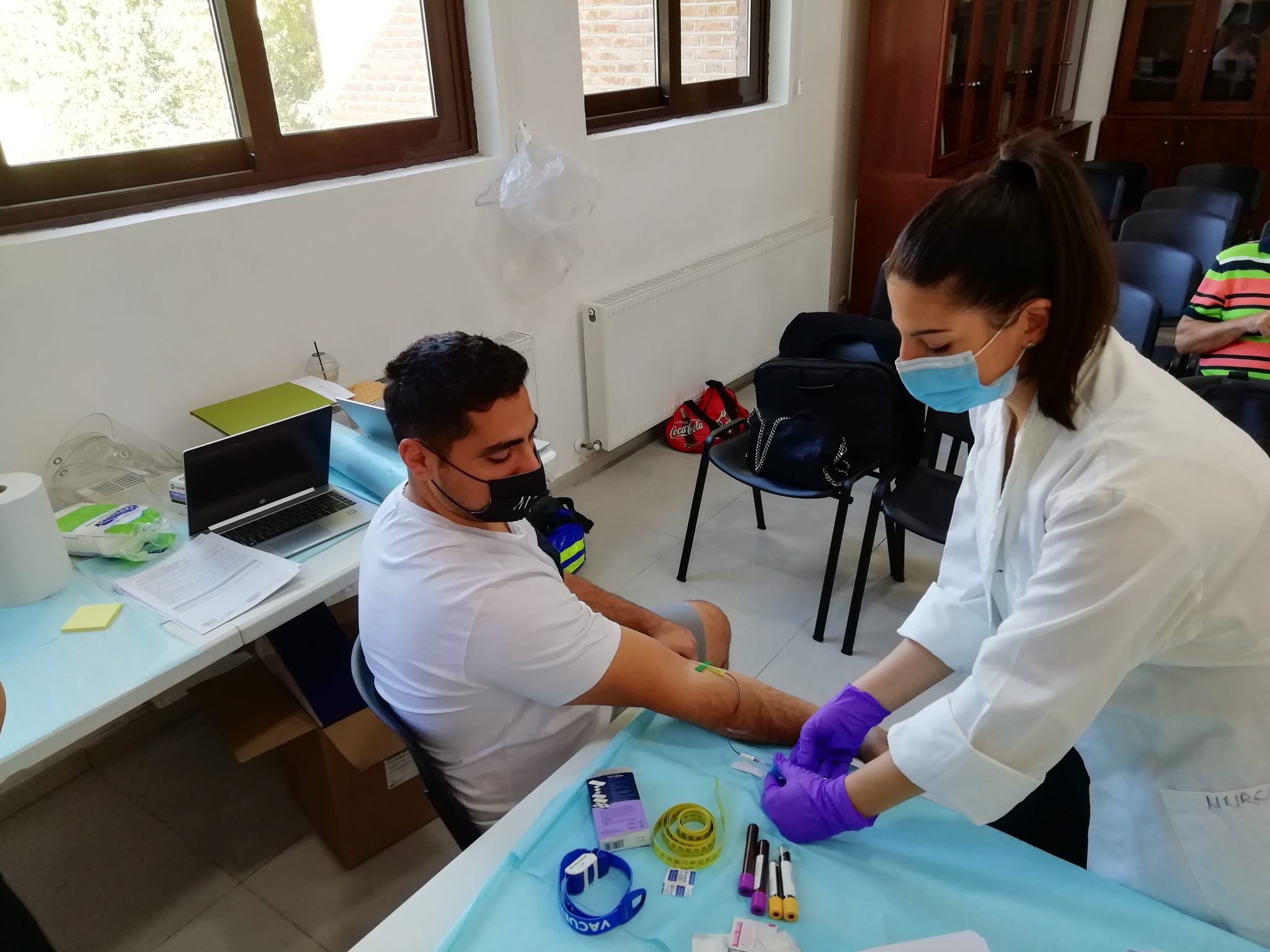