Should biomaterial donors be informed of a BRCA mutation, which could trigger breast cancer, if this is discovered as an incidental finding in a study, for example? And if so, how should this happen? This was among the questions discussed by the 120 participants attending the workshop held by the German Biobank Node (GBN) in Berlin on 3 May entitled “Meine Gene gehören mir! Nutzung genomischer Daten von Probanden und Patienten” (“My genes are mine! The use of genomic data from probands and patients”). It was the first time that an interdisciplinary exchange took place between experts on this complex issue.

“A number of different stakeholders are involved when biomaterial donors are informed of incidental findings from medical research. To date, there have not been any regulations for this,” observed Prof. Dr. Michael Hummel (National Coordinator, German Biobank Node) during his opening address to the 120 participants and speakers from fields such as law, bioinformatics, medical ethics and biobanking. “Who is responsible for what? And what rights and needs do donors have?” The participants agreed that regulations are required for the communication of incidental findings from medical research. They moreover acknowledged that many legal, ethical, financial and practical questions must still be clarified.

In the declarations of consent signed by donors, many biobanks currently rule out the disclosure of incidental findings to the individuals concerned. However, even if this is foreseen, the relevance of the findings must first be clarified through further (validated) procedures – and this involves considerable work and unclear financing.

Prof. Dr. Uwe Kornak said during the workshop that clear regulations would greatly facilitate the handling of data from genome sequencing. The human geneticist based at the Charité university hospital in Berlin advocates the inclusion of so-called actionable genes in declarations of consent. These genes can be detected with absolute certainty and treated. Prof. Dr. Michael Krawzak (University Hospital Schleswig-Holstein, UKSH) expressed legal concerns though: “This will lead to genetic diagnostics without any prior genetic counselling.” And this would contravene the German Genetic Diagnostics Act (Gendiagnostikgesetz, GenDG).

In principle, the law does not apply to genetic data collected during research projects, said Prof. Dr. Jochen Taupitz (University of Mannheim). However, as soon as it comes to the disclosure of findings, the law does apply. “There is a research gap in the Genetic Diagnostics Act,” noted Prof. Dr. Henning Rosenau (University of Halle-Wittenberg). This research gap in the area of tension between freedom of research and patient protection must be closed. Taupitz added: “It is widely believed that relevant risks for treatable or preventable diseases should be disclosed. The sample donors naturally need to be informed of this before they participate in a study.” He made clear that feedback should only be provided following sufficient analytical clarification of the medical relevance and thus through the involvement of medical practitioners.

Dr. Stefanie Houwaart (BRCA-Netzwerk e. V.) recommended involving patient representatives in further steps in this direction – through patient surveys or as advisors on the comprehensibility of declarations of consent, for example. In her presentation, she emphasised the importance of the patient perspective: “How relevant are the findings really to the disease? And what effect do they have on me and my family?” These and countless other questions arise in connection with incidental findings. In Houwaart’s experience, patients with unclear findings prefer not to be burdened with them.

The need for regulation of the disclosure of relevant incidental findings – not least to ensure the remuneration of the specialists involved – once again became clear during the final discussion at the workshop. The German Biobank Node (GBN) will publish a position paper on this matter in the near future together with the workshop’s speakers.

This article originally appeared on the German Biobank Node website. You can read the German original here. 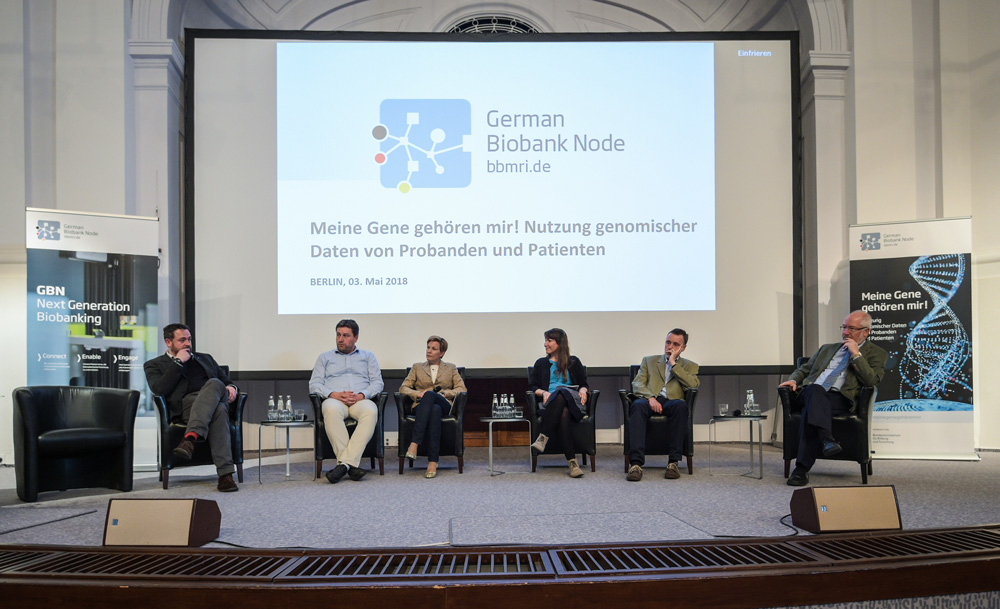