In collaboration with ARQUS European University Alliance, a group of 9 research universities in medium-sized cities, BBMRI-ERIC held a “virtual tour” and workshop for early career researchers on February 1st, 2022.

The 32 participants were Ph.D. candidates and postdoctoral researchers at ARQUS member universities and beyond who were interested in careers outside academia.

BBMRI-ERIC Director General Prof. Jens K. Habermann launched the tour with a brief overview of the research infrastructure, and then spoke about his own career path, from an M.D. in northern Germany to a Ph.D. in Sweden and postdoc in the United States. He stressed to the participants the importance of seizing opportunities as they come (“If you never open the door, you will never know what’s behind it.”) and finding mentors.

Mónica Cano Abadía, ELSI Services Officer, moderated the rest of the tour, speaking about her own leap from a philosophy postdoc to working in ethical, legal and societal issues at BBMRI-ERIC. She was followed by colleagues in ELSI, Quality Management, IT, Biobanking Development and Outreach, Education & Communications, who all shared their career paths and how these prepared them for careers in a research infrastructure. “What I like about working at BBMRI-ERIC is that I can contribute to health research in a collaborative and international way,” said Eva García Álvarez, IT Scientist and Project Manager.

The second part of the session was a workshop in which BBMRI staff introduced common issues dealt with in our everyday work, such as pre-analytical processes and ethical questions. It was followed by a lively question and answer period – and an open invitation for an on-site coffee as soon as the pandemic allows!

Prior to the workshop, only 63% of participants had known what “biobanking” and only two-thirds had heard of BBMRI-ERIC. By the end, 85% said they were “definitely” interested in a career in a research infrastructure such as BBMRI-ERIC. 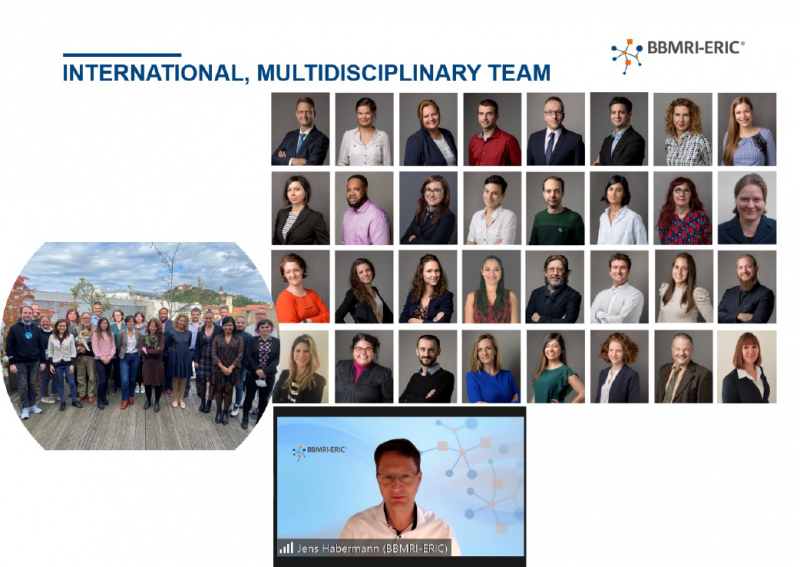