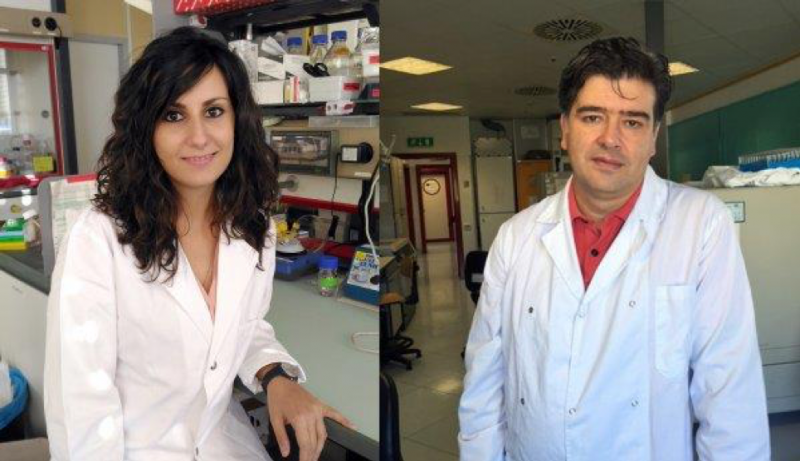 The direct impact of biobanks on our health system may not be visible at first sight. The story below shows how samples, stored in a biobank, can be used to diagnose a rare disease, may help to find cures, and how they change the life of individuals.

Maria and Franco have two daughters, Nicla and Raffaella, who are now in their twenties. Since birth, both have suffered from the same disease resulting in severe intellectual disability, vision and motor problems, as well as irregular heartbeat, with the first symptoms being displayed at just 3 months old, when Nicla experienced recurrent muscle spasms.

As can be imagined, Maria and Franco had questions about their daughters’ condition. Despite their efforts however, these questions could not be readily answered. And so, began their long journey filled with more questions, travel abroad, visits to specialists, yet more examinations, always accompanied with an ever-weightier folder full of reports and prescriptions.  Still, there was no diagnosis. In 2010, Maria and Franco were referred to someone closer to home, namely Dr. Giuseppe Merla, a molecular geneticist and director of the Genomic and Genetics Disorders Biobank at the Casa Sollievo della Sofferenza Hospital in Rotondo, Italy, which is part of the Telethon Network of Genetic Biobanks. He asked the family to deposit their biological samples into the biobank so that other researchers could make use of them. This decision to deposit samples in the biobank set into motion a domino effect that brought together a global network of researchers, who would collectively be able to provide Maria and Franco with much needed answers.

How did this happen? After the samples were deposited, a series of studies were conducted, which ultimately led to the identification of the gene responsible for the disease. These results sparked further interest, leading to an international collaborative study with additional researchers from America, the Netherlands, Brazil and Switzerland.

Together, these studies led to the discovery of a new rare genetic syndrome: IDDCA (intellectual development disorder with cardiac arrhythmia). Thanks to the combined efforts of the family, Dr. Merla and his team, as well as countless other researchers, Maria and Franco were finally provided with a diagnosis for their daughters in 2016, as have other families in Saudi Arabia, Hong Kong, India and New Zealand.

The work however does not stop there. Samples from families with the same characteristics continue to be collected, stored and made available for research in a bid to provide families with more answers, as well as solutions.