The Epigenome: Obesity Affects Our DNA 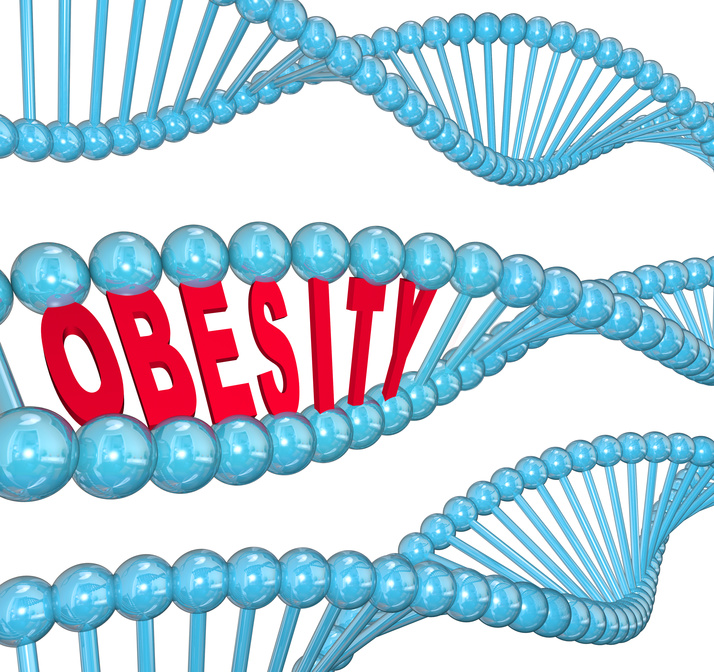 The extra pounds gained over the holidays not only show on our hips, but also affect our DNA. This is the outcome of a major international study from 2016 led by the Helmholtz Zentrum Muenchen in Germany, which shows that an increased body mass index (BMI) leads to epigenetic changes at almost 200 points in the genome, meaning weight gain impacts our DNA.

While our genes barely change over the course of our lives, our lifestyle can have a direct impact on what surrounds the genes. What scientists speak of here is known as the epigenome (from the Greek word epi meaning over, outside of, around), which essentially refers to everything that happens on or around the genes. To date, there has been little research on how the epigenome is altered by obesity. “This issue is particularly relevant because an estimated one and a half billion people around the world are overweight,” said the study’s lead author, Dr. Simone Wahl from the Research Unit of Molecular Epidemiology (AME) at the Helmholtz Zentrum Muenchen, “Especially considering that being overweight can have adverse effects and lead to diabetes as well as diseases of the cardiovascular and metabolic systems.”

The world’s largest study on BMI and epigenetics

Given the relevance in today’s society, the international research team led by Dr. Christian Gieger and Dr. Harald Grallert from the Helmholtz Zentrum Muenchen investigated possible links between body mass index (BMI) and epigenetic changes, which in turn changes gene function. With continually improving technology at their disposal, they have conducted the world’s largest study on this topic to date.

The scientists involved examined blood samples from more than 10,000 women and men from across Europe. In a first step, 5,387 samples were obtained from the biobank of the Augsburg KORA study, the London LOLIPOP study and part of the Italian EPICOR study, which was a crucial resource in enabling this study. Using these samples, the research team identified 207 points in the gene that were epigenetically altered. Further studies and long-term observations revealed that the changes were predominantly a consequence of being overweight.

“In particular, significant changes were found in the expression of genes responsible for lipid metabolism and substrate transport, but inflammation-related gene loci were also affected,” explains group leader, Harald Grallert. This means that obesity affects sites of the genes which are responsible for breaking down or storing fat in the body, as well inflammation. The team was additionally able to use the data to identify epigenetic markers that could predict the risk of type 2 diabetes.

“Our results allow new insights into which signalling pathways are influenced by obesity,” said Dr. Christian Gieger, head of the biobank at the Helmholtz Zentrum Muenchen (HMGU Biobank), which belongs to the Joint Biobank Munich (JBM), as well as the Department of Molecular Epidemiology at the Helmholtz Zentrum Muenchen. “We hope that this will lead to new strategies for predicting and possibly preventing type 2 diabetes and other consequences of being overweight.” The researchers now wish to further investigate the affect individual epigenetic changes have on underlying genes.

This blog article is based on the news post ‘Overweight Affects DNA Methylation’, as provided by the Helmholtz Zentrum Muenchen.